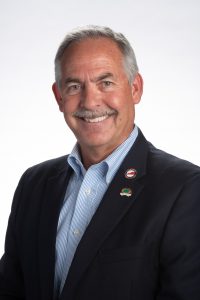 Brian Dehner is a graduate of Northern Kentucky University. He is a value driven Executive Leader with a broad senior level management portfolio comprised of planning, finance, human resources and leadership development.  He has over 30 years of progressive experience leading groups and organizations in both the private and public sector.

Mr. Dehner currently holds the position of Chief Administrative Officer for the City of Edgewood, Kentucky.  In this role his leadership guided the city to a #1 ranking as best places to live in Kentucky and #17 in the country by 24/7 Wallstreet.  He currently manages a staff of 85 employees providing police, fire, public works and parks/recreation services.  Brian oversees all finances and budgeting for the city and concentrates his energy on financial health, debt reduction, long-term planning and leadership development.  In his tenure with Edgewood he has worked on expanding parks, building event centers, overseeing multi-phase road projects totaling in excess of $15 million, increasing investment by over 50%, refinancing over $5 million in loans and creating a data driven organization.

Before being named CAO for the City of Edgewood he also served as the Chief Administrative Officer for the Cities of Ludlow, KY and Independence, KY.  He also worked for the Northern Kentucky Area Development District as Public Administration Specialist where he managed projects involving organizational mergers, high-level executive searches in the public sector, regional impact studies, policy development in human resources, grant writing, community development and financial assessments.

Mr. Dehner has eleven years of experience in the private sector as General Manager of A&N Sports Specialties and Municipal Market Manager for Tri State Valve Company (Trivaco) where his role and responsibilities include developing new service offers and marketing to the water and waste water industries. 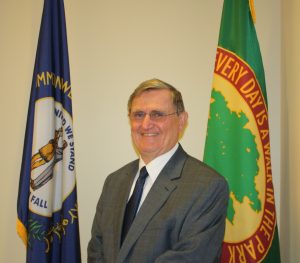 Mr. Wichmann has lived his entire life in Erlanger, Ky., where he was born, grew up and raised his own family; and where he swears he will breathe his last breath. After his graduation from law school in 1964, he was elected as the Prosecuting Attorney for the Erlanger Police Court in 1965. That was the beginning of his experience in municipal and governmental law. That experience continued into being the City Attorney for Erlanger continuously since 1975, for the City of Taylor Mill since 1972 and for the City of Edgewood since 1977. The walls of his office are decorated with proclamations and resolutions acknowledging his service to those cities, along with a key to the City of Erlanger, which has also named the conference room in the Erlanger Municipal Center for him. Along the way he has been recognized as one of the most respected municipal attorneys in the Commonwealth of Kentucky; and, in 2010, he was elected by his peers as the Executive Director of the Municipal Attorneys Association of Kentucky; and he has remained in that position ever since.

Mr. Wichmann is also active in his community. He has been a member of St. Henry Catholic Church all of his life; and he contributes regularly to the church and its organizations. Likewise, he is an active member of the Erlanger Lions Club; and he contributes regularly to their activities, both monetarily and professionally. His office walls are decorated with numerous recognitions of those contributions, especially his efforts that resulted in the exemption from taxation of both the Erlanger Lions Club and the Florence Lions Club as charitable organizations, which saves each of them thousands of dollars every year. For this accomplishment, the International Association of Lions Clubs conferred upon Mr. Wichmann a life membership in the Erlanger Lions Club for outstanding service as a Lion. 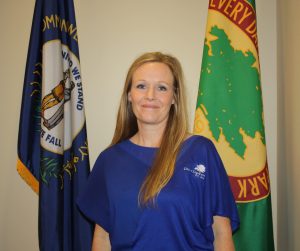 After graduating from Campbell County High School she joined the United States Navy. After the military she returned to Northern Kentucky where she worked for Landrum Golf Management as the Facility Manager for World of Sports.  Prior to joining the City of Edgewood, Belinda worked as the Finance Supervisor for the City of Florence. Belinda currently resides in Union with her husband Brian and two children. 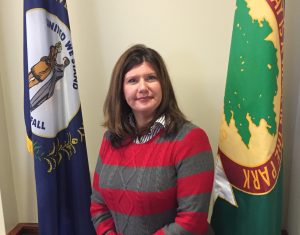 Michelle joined the City of Edgewood as the Program Coordinator in August 2014. She has volunteered on the Recreation Committee since 2005. Michelle was promoted to Senior Deputy Clerk on August 1, 2018. Michelle graduated from Northern Kentucky University with a Bachelor’s in Psychology and a Master’s in Public Administration. Prior to joining the City of Edgewood, Michelle worked as the Assistant City Clerk and Special Events Coordinator for the City of Taylor Mill. Michelle resides in Edgewood with her husband Michael and their three children. 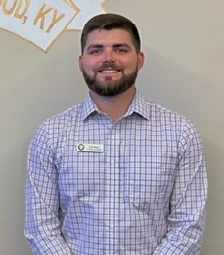 Chief Brian Zurborg is a resident of Edgewood and has lived in the area his entire life graduating from Dixie Heights High School in 1990.  He has an Associate’s degree in Law Enforcement, a Bachelor’s degree in Justice Studies and a Master’s degree in Public Administration all from Northern Kentucky University. Brian started out as a patrolman with the Edgewood Police Department in October of 1996.  Brian rose to the rank of Sergeant in 2001, he graduated from the FBI National Academy in 2007 and was promoted to Lieutenant in 2017.   Brian achieved the Chief position in August 2019.

Rick joined the City of Edgewood as the General Services Director in November 2020.  Rick previously retired from a nearly 30-year career in local government on January 1, 2017.  He spent more than 24 of those years working for the City of Florence and served as City Administrator for nearly 8 years.  Since retirement, he served as the part-time Public Works Director for the City of Crestview Hills. Rick Graduated from Northern Kentucky University with a Bachelor’s of Science in Public Administration in 1986.  He currently resides in Florence and has two grown sons and a granddaughter.

"The City of Edgewood is committed to Financial Transparency"